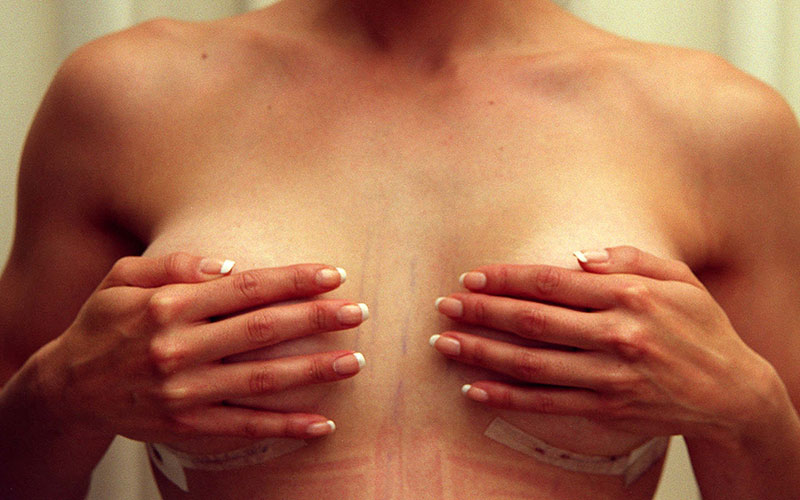 Breast implant illness – it seems to pop up everywhere at the moment. I see newspaper articles and endless social media posts, patients are asking questions, worried women are contacting us about explantation surgery, and there are the patients telling me all about “a friend who knows someone who’s implants have poisoned her….”, sometimes followed by a pseudoscientific explanation peppered with naturopathic sentiments and vague wellness concepts.

So what the hell is going on? What is Breast implant illness?

It’s a good question with a long answer, but we’ll keep this sweet. Breast implant illness, or BII (as it is typically referred to in closed patient forums and on Facebook) is a bit of a medusa. It has been popping up in various forms for more than 40 years, and it seems every time one of the heads is chopped off, another one will pop up a few years later. A lot of this stuff started in the US in the early days of cosmetic breast augmentation surgery. Women started experience many different symptoms, and in the absence of another diagnosis, began to blame their silicone breast implants. The consequence of this was that in the United States, silicone breast implants were essentially banned for nearly 20 years. Elsewhere, in Europe and Australia, the use of silicone implants continued unabated however. Long term studies during the years of the silicone implant moratorium in the US led to the conclusion that there was no evidence to support a causative association between silicone breast implants and the cluster of conditions (which were largely of an apparent autoiummune nature) that women were reporting.

Jump forward to the present, and we are seeing yet again many women reporting a constellation of symptoms from joint pains, lethargy, hair loss and blurred vision, to depression, gastrointestinal upset and skin complaints. In the last two years, there has been an explosion of popular media, fuelled by the social media diarising of Insta-famous “influencers” who have ascribed their many complaints to their silicone breast implants. These influencers have in most cases had their implants removed, not infrequently associated with a shift to a “natural”, often plant-based or vegan diet, and miraculously their ailments have disappeared (anyone remember the wife of a certain celebrity chef who craps on with bogus health advice?). And so here we are, trying yet again to get a handle on what the hell is actually happening. Fortunately, the science is making a much better go at finding an explanation this time. I say fortunately, because in the recent past, too many women with concerns about their implants, often with a long history of symptoms but no specific diagnosis, would have been dismissed out of hand. This dismissal is very likely responsible for the fact that we have seen this cyclical recurrence of hysteria trying to pin the blame on silicone breast implants for so many conditions.
‍

“…there has been an explosion of popular media, fuelled by the social media diarising of Insta-famous “influencers” who have ascribed their many complaints to their silicone breast implants.”

Anyone who has read anything about breast implants in the last few years has probably come across the issue of Anaplastic Large Cell Lymphoma. I mention this simply because our current attempts to get to the scientific basis of Breast Implant Illness, has really brought us back to the issue of ALCL. Essentially, the current thought is that BII is probably somewhere on a spectrum of end points that can arise due to long term, chronic inflammatory stimuli within the scar capsule that the body forms around all breast implants. Within that spectrum, we might be able to consider ALCL to be one extreme as a consequence of that chronic inflammation. BII probably exists close to the opposite end of the spectrum. But the basic process likely involves low level bacterial contamination occurring at the time of implant insertion. This combined with a patient who possibly has certain genetic predispositions, might progress over a variable period of time into the clinical manifestation of BII.

If you stop to think about it, this makes a certain kind of sense. Imagine how you feel when you have the flu. Apart from all the symptoms of the flu, you often will feel tired. Why do you feel tired? Well, you feel tired due to the activation of your immune system, fighting off a hostile invader (in the case of the flu, a virus) which releases a bunch of different chemical mediators, all of which can contribute to a set of systemic symptoms. The immune system is a wonderful thing, but it tends to be a bit of a coarse instrument and sometimes it’ll knock the host around whilst it deals with the invader. Now imagine that instead of the flu, you have a breast implant (which your body can’t “destroy”) with a low level of bacterial contamination. Those bacteria may not be doing much. They aren’t present in sufficient numbers to create a full-blown infection (with pus and all the horrible stuff that goes with that), but they are something your body can recognise, and wants to get rid of. So, your immune system is being activated. The problem is those bugs live in the scar capsule around the breast implant. Your body can’t easily get at those bugs to destroy them. So the stimulus for immune activation persists. Add into the mix some other stimuli for inflammation (little fragments of the implant shell for example), and we have the ingredients for a prolonged, progressively amplifying immune attack against something your body just can’t get rid of.

All of a sudden, some of these nebulous, vague symptoms that some women are experiencing might just be accounted for.

Do we have all the answers? Absolutely not. But there are a couple of things that I really think should be pointed out:

1. The Silicone itself is not the enemy here – as far as we can tell, in the vast majority of cases the body is not “reacting” to the silicone. The body is reacting to the fact that there is a foreign body (the implant) and other stimuli which might include bacteria, and small fragments of the implant shell

2. Not every woman will experience the same symptoms – that doesn’t mean that the root cause isn’t the same process. We need to accept the variability in presentation.

3. Not every woman will actually benefit from the removal of her implants – and this is something we really need to ensure women understand. I think it must be emphasised that particularly for women who have pain as one of their symptoms, more surgery may not help as much as we might wish. As a general rule, I tell any patient who asks me about this that MOST patients will experience SOME improvement in SOME of their symptoms.

4. Social media is NEVER something to believe when it comes to medical issues, and that goes for Breast Implant Illness too.

Is there a “cure” for breast implant illness? Maybe it is as simple as removing the implants, but honestly, I don’t know. My typical surgical approach is to remove the breast implants, with complete removal of the capsule. This is certainly the correct procedure where there might be concerns about ALCL. But it is interesting to note that I have seen some women who have experienced total resolution of their symptoms with removal of the implant alone, without any attempt to remove the capsule. So the question of exactly what surgery will offer a solution to women reporting symptoms of BII remains incompletely answered.

We cannot avoid the fact that the consequence of removing a cosmetic breast implant is often a rather deflated appearing breast with tissue which has been thinned and stretched by the implant over time. There are options for women to improve the appearance of their breasts that don’t involve the insertion of another breast implant, including a breast lift or fat grafting, but this requires individual assessment, and the whole discussion requires a good bit of time to figure out what is right for each patient.

I think the Plastic Surgery “industry” has failed women on a number of accounts. There has been a tendency over a very long period of time to categorise women who complain of various symptoms as having a psychological issue, rather than a surgical or medical issue. It was always too easy to say “it’s all in her head” and over decades I fear this has created a bit of a monster. We are now seeing that monster rearing its head as an explosion of pseudoscience around the issue of breast implant illness, with the usual array of naturopaths, homeopaths and wellness retreats all claiming to have a magical cure. These individuals all have in common an anti-establishment vibe, sowing the seeds of distrust in conventional medical and surgical practice. And we (the surgeons) have created a fertile bed for this kind of garbage by the arrogant dismissal of patients with symptoms we couldn’t explain or didn’t want to admit might relate to the devices we have spent the best part of 40 years jamming into bodies in the pursuit of cosmetic enhancement.

The science will take time. We may not have a complete appreciation of Breast implant illness for years yet. It isn’t a simple process to pursue BII from a research perspective, and results will not appear overnight. But the groundwork has been laid.

For women experiencing symptoms that they feel may relate to their previously placed cosmetic breast implants, it is time that Plastic Surgeons as a group offer our support and our understanding. With time and research, we can hope for definitive answers.

If you have questions, please feel free to contact us.